An Introduction to Swimming Competitions

A Gala is typically where swimmers are selected to represent their Club. This could be an individual event or a relay. Galas tend to be a series of competitions involving the same clubs within a league, such as the Airedale & Wharfedale Gala series. There are friendly galas arranged between local clubs where the swimmers just swim for times and compete as a club.

Skipton hold a Club Gala each year and run a series of time trials called Stepping Stones that run 3 times per year.

An Open Meet is a competition organised by one club which invites swimmers from other clubs to enter and held as a single event on one day or over a weekend. There are normally qualifying times and the swimmer decides which events to enter and swims as an individual representing their club.

The events will be swum in heats and usually have medals awarded in each event for either top 3, top 6 or top 8 places, which are determined either by Heat Declared Winner (HDW) or by the fastest swimmers going through to a final.

Open meets can be split into two main categories, licensed and unlicensed. Licensed Meets are events licensed by Swim England, meaning they have to meet certain standards to ensure fair competition. Swim England will impose conditions for the meet to be licensed, for example how many qualified officials are needed on poolside. Unlicensed meets generally have little or no restrictions as to who can swim, and the times achieved will not be viewed as ‘official’ for other licensed meets and also for the ASA rankings. See our Open Meets page for more detailed information.

Championships are held at County, District and National Level and all have qualifying times that must be achieved prior to entry, for example The Yorkshire Championships.

We are currently looking for sponsors to advertise in our gala programmes, if you are self-employed and interested in sponsoring our events, please contact chairperson@skiptonsc.co.uk 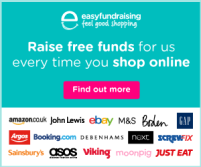